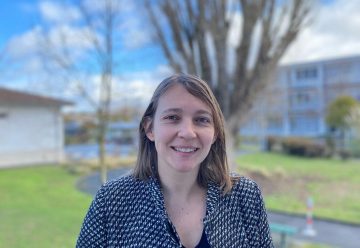 The Curiosity Club Bordeaux's team is happy to present its first RDV of curiosity !

For 18 years now, Sabine Wojcik has worked as a clinical psychologist in the operational psychological support cell of the Bordeaux National Police.
Through the discovery of the police world and the creation of her position as team coordinator, she was able to see the evolution of the institution, the mentalities of the police officers as well as the relationship to mental suffering.
Working in a male-dominated world, Sabine has been continually confronted with increasing violence that requires rapid and essential responses.
Still in the field, Sabine will be happy to share this daily life that is unlike any other. But we don’t say any more because Sabine, in person, will reveal her fascinating history filled with inspiring anecdotes !
You are reminded of the concept 🔥 and what it is include in the ticket :
Take your ticket quickly, the tickets leave very quickly !!