Originally from Himachal Pradesh, Reema grew up in a close knit family. Her father being an army man, she moved a lot. It’s probably what helped her be clear about what she wanted and overcome the obstacles and self-doubt to reach where she is today. Of her father, she says he always gave her wings to fly and roots to come back. “My dad always let us be. I could choose what I would study and where. That is why I went to Delhi (…) He trusted that whatever I would do, I’d be fine” And whenever she had doubt or was upset, he would say “it’s all good. Just come home”. It gave her the opportunity to make mistakes. It’s a great gift. One day she actually followed his advice, quit the job she was unhappy at and went back home. Exactly a month later he passed away. “Life has a way to always test us. But in a way, his advice also allowed me to spend that time with him.”

Three months later she went back to Delhi, this time at her mother’s instance, found a new job and then met her husband. After few years in Delhi working in advertisement, she had reached a point where she “wanted to get out of here” – the perpetual Itchy feet of an army brat to be constantly on the move. A job offer her husband received in Mumbai became her opportunity to do that. Her pregnancy happened around the same time and soon she was in Mumbai, learning to navigate a new city and motherhood but without her usual support system.

She admits it herself; she has moments of low self-esteem and often wonders whether she’s good enough. Good enough at her job. Good enough as a mother. Good enough as a person. She tackles it by giving herself challenges; she used the lockdown to take an online class on the science of happiness and, the year before, succeeded in reading a book per week.

Going back to work after 4 years was a bit like that, a challenge to overcome. There was a lot of self-doubt. Where to start? How to even approach the job search? How can she compete with young graduates when she had a gap on her resume? She knew eventually she wanted to get back to some professional work but the opportunity came quicker than she thought, and she dealt with questions like whether she still relevant and good enough, how will she manage with her child, was she still even up for it?

“More than money it was about having that balance in my life which was lacking before I became a mother. My perspective towards a lot of things has changed over time. Having time for myself where I can sit back and enjoy my cuppa with a good book at the end of the day and to be able to spend quality time with family is something I don’t want to compromise on.” 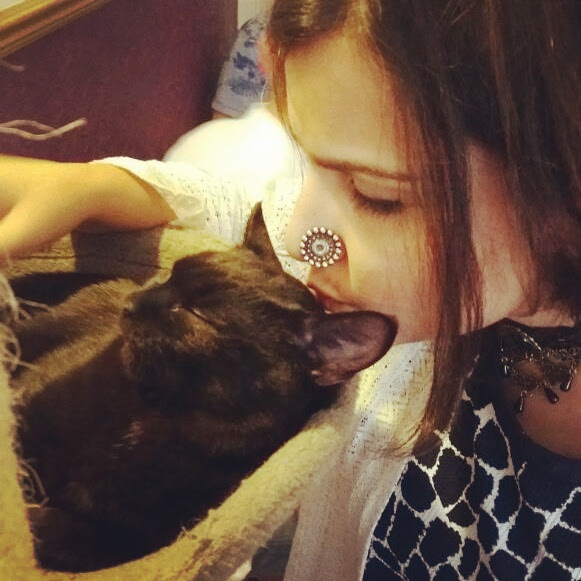 Angry is probably too strong a word but I get irritated over those mother’s day ads. I find them very patronizing. Telling us how mums are these self-sacrificing super humans. I find they put such unrealistic expectations on young mothers. Not all mothers can do the “Ghar ka Khana” Some of us are just ordering pizzas for dinner.

Settling in Mumbai – the first year was very lonely. I was pregnant when I first came and didn’t know anyone. It’s hard to be alone, to have no support system, no circle of friends. And when you have a baby you also feel that longing for your old self. And it’s harder to meet people. People think you automatically connect because of the children but it isn’t true. And you might meet other mums, but it doesn’t mean you will get along and be friends just because you both have kids. It’s a myth.

No regret. The way I was raised gave me confidence in my own choices. Whether it was leaving a place or quitting a job, I never felt regret doing so, because I knew those situations were no longer giving me place to grow. That’s also how getting married played out. I was always very sure that if I met someone it would be organically. It had to be someone who sort of just fit into how I was living my life and saw me in my element, rather than me having to pretend to be someone I’m not. And I have that with my husband. There’s no pretending and more importantly it’s an equal partnership.

One thing she often tells her two year old?

Theatre. Not acting in plays but just being a theatre audience. I did a few workshops when I was in university. I got involved in helping friends in a theatre group and dabbled a bit with stage acting as well but realized I prefer it more backstage and in front watching. Every time I watch a play I feel I’m carried into another world which feels real. Movies don’t have that effect on me.

No heroine but there’s so many people who inspire me. I get inspired a lot by people who are able to articulate their stories with clarity and depth. So I find a lot of these women writers or women in prominent public roles inspiring . Toni Morrison, Chimamanda Ngozi Adichie, Gloria Steinem, Alice walker, Arundhati Roy, Manju kapur, Jhumpa Lahiri and the list can just go on. But it could be something someone wrote – a book, an interview or a even a phrase that might stick with me. People leave a mark.

“When I Hit You” by Meena Kandasamy is one book I loved. She writes extremely beautifully.

Your special place in Mumbai?

Prithvi Theatre. It’s a moment to myself, something that is my own and that I do for myself.

A wish or a project?

“Live in a cottage in the woods,” she laughs. Right now I am focused on each day at a time and trying to raise a happy child. I have nothing much to complain about right now except lockdown and the state of the world (and hopefully that’ll change for the better). At some point I stopped looking at life in terms of big ambitions and started to focus on being happy every day. Trying to see things in perspective. 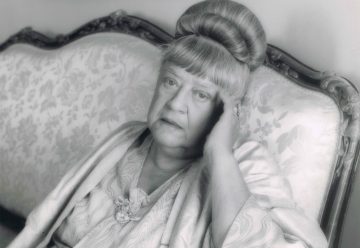