I remember the year 2000. The year 2000  was special, even for those who, like me, were born only a short time before. Remember, there was some sort of lottery for the first child to be born in this new millennium. Back then, this race to give birth really upset me. To manage the unmanageable.

And then the babies of 2000 came one after the other, and even those were not very good in math could calculate their own age.

But, above all, could we foresee that those very babies would experience the strangest 20th birthday? No, of course not.

When the sanitary crisis hit, I immediately thought about how lucky I was. This wasn’t a time in my life that could be seriously impacted by the situation. I thought that because I thought about what it would have meant had it happened on the year I turned 20.

I looked at my boyfriend, the one I had two children with, and I removed him from the picture. Never would have met him.

I thought about the year I spent in England, my dream at the time — to live abroad to learn to speak English, and I thought “I don’t know how to traduct it” [translate it], (something I actually did say out loud aboard the plane leading me to the one year in my life where I would not understand a single word). “I don’t know how to traduct it” would have been it, my dream today. A bad translation.

I thought back to all that, to that butterfly effect, and I saw all of these life events crumble in front of me.

What would be different for you, if it happened on the year you turned 20 ?

Most of the time when I ask that question, people talk about all the people they met. The ones they met on a college bench or during a college party. All the encounters that won’t happen this year then. I thought about the movie Smoking/No Smoking in which the life of the characters takes a different path depending on Celia’s choice: to smoke or not to smoke a pack of cigarettes she found on the floor. Coviding at 20 years old or not coviding at 20 years old ? What would be different ?

A couple weeks ago, Mélanie Luce, the president of the UNEF (Union nationale des étudiants de France) already warned us about the situation. “We truly are in a critical situation, we receive messages from students who say they want to kill themselves”. And I find it unbelievable that the situation is so critical and yet we barely notice. We don’t worry about it enough.

Maybe it’s hard to feel bad for young people. There’s already something off about that sentence, isn’t there ? Being young is being happy. It’s about freedom, careless freedom, partying, discovering love and friends who will last a lifetime. And also, really, who doesn’t want to be young and have their whole life in front of them ?

But in 2020, everything changed. No one wants to be young anymore. There’s talk of a “lost generation”; they are the babies of 2000.

Is it so hard for us to put ourselves in their shoes that we actually forget about them? At Curiosity Club, we’ve decided to reflect on this sentence “if I were 20 years old” to show our support to that generation.  To show everyone that what’s going on is serious and that we can’t close our eyes anymore as if it were a mere tantrum. Kill our youth and our whole life is off balance.

#TheYearITurned20 : if it were now, I wouldn’t meet my husband and I wouldn’t complete this life-changing study year abroad.

What about you ? What happened the year you turned 20 ? где ночью взять займ 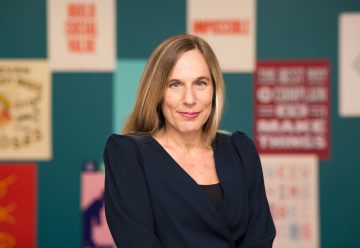